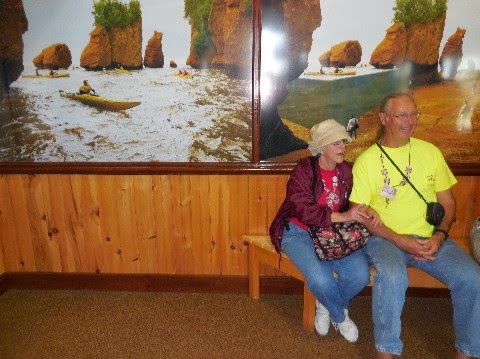 The first part of the day was traveling from Truro, NS, to Hopewell Cape, NB. For most of the way we had a 4 lane road – a few railroad bumps and then 2 lanes from Moncton to Ponderosa Pines Campground, a pretty site with water on most sides. 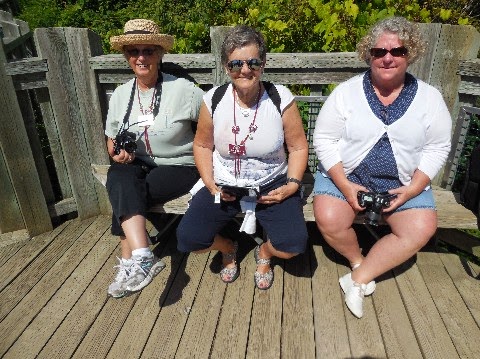 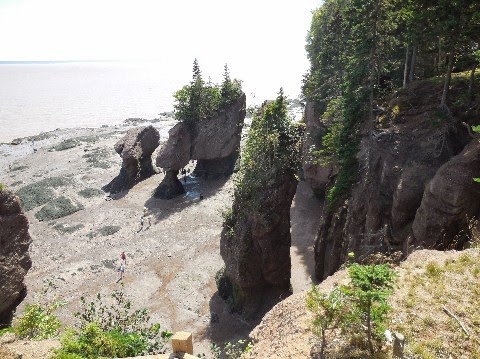 We arrived in time to have a quick lunch before we carpooled about 2 km down the road to Hopewell Rocks Park, which is on the Bay of Fundy near the mouth of the Petitcodiac River (nicknamed the Chocolate River because of its color.) Ocean tides have carved the Flower Pot Rocks, pillars of sandstone and conglomerate rock with fir and spruce growing on top. 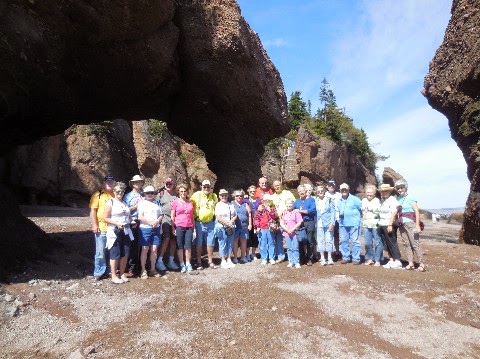 We walked on the ocean floor at low tide – a little mud here and there, but mostly flat rocks and pebbles. 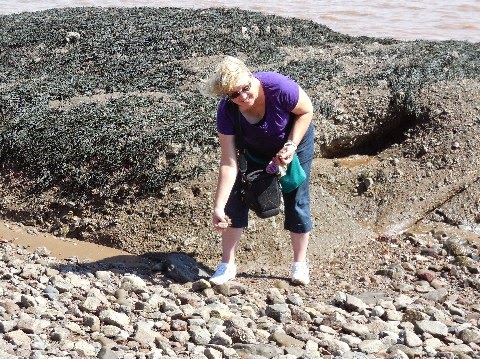 That was early afternoon. It was a healthy and beautiful walk from the interpretative center on the top trail and then over 100 steps down to the ‘flat’ ocean floor. 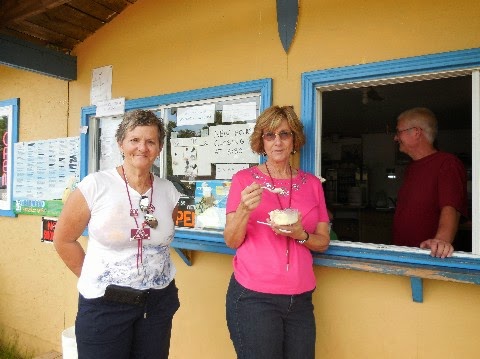 After exploring the area, several of us drove down the road a piece to the ice cream shop of some 50 flavors.  Janice tasted over a dozen flavors before she settled on butter pecan and caramel cowmotion. Other flavors that we saw and savored included peanut butter bliss, orange with licorice, maple walnut, wild blueberry, and mariners’ sea salt caramel.  A single serving was at least half a pint – for only $2.25 each (Canadian)! 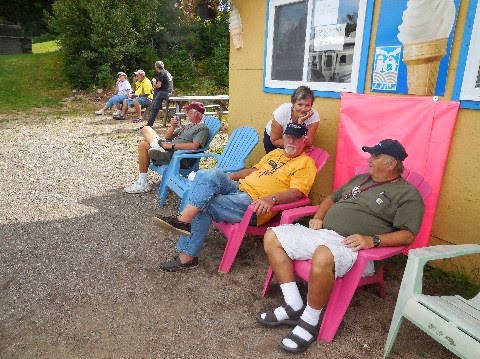 Then it was back to the campground for naps, dog walks, dinner, and just catching up.

After the travel briefing, several of us went back to Hopewell Rocks at 7:30 pm to view high tide.  All the ocean floor that we had traversed in the early afternoon was now covered with water (said to go as high as 43 feet). 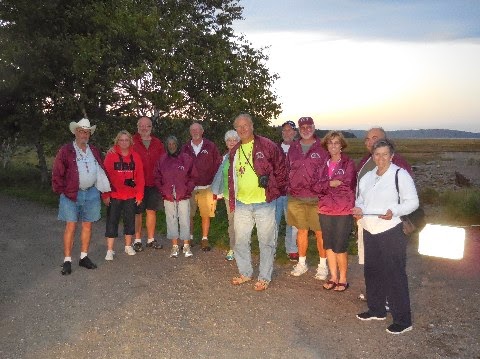 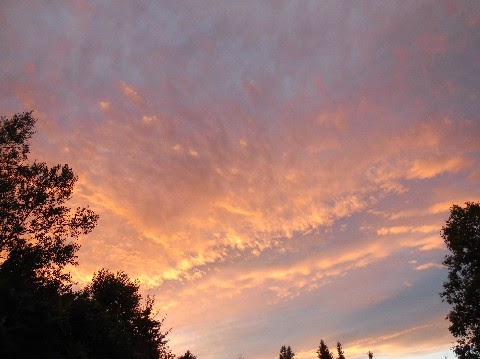 We saw a beautiful sunset with colorful clouds and searched the area for sandpipers – a few were spotted with binoculars.  We assume that many have flown away for their yearly migration or perhaps were just hiding from us. 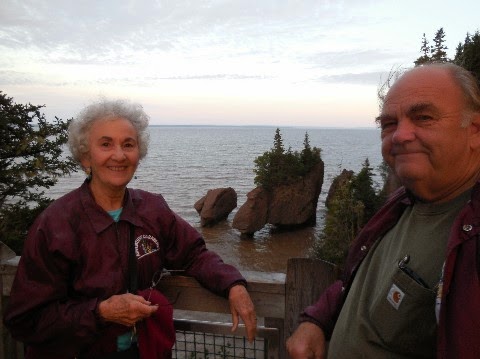