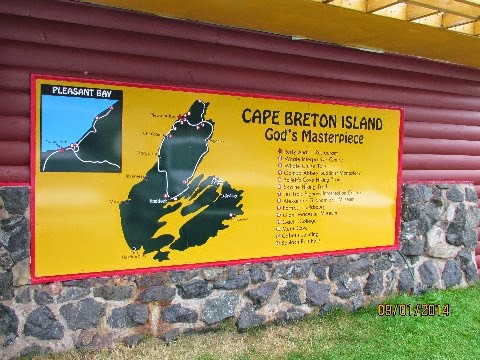 It was a cool, rainy and foggy morning when Dave our bus driver and Paul our guide picked us up to tour the 185 mile Cabot Trail. The trail circumnavigates the Highlands of Cape Breton with its spectacular sea scape, coast line and the many small villages of French, Irish and Scottish heritage, that makes up the diverse ethnic background of Cape Breton. 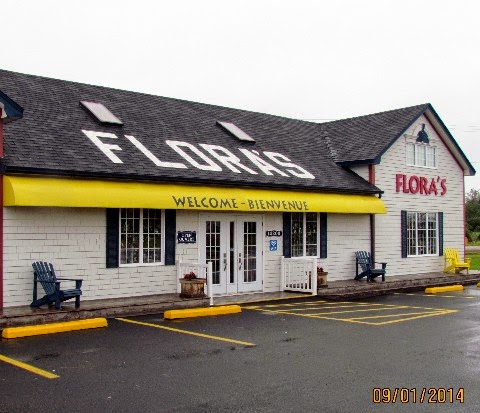 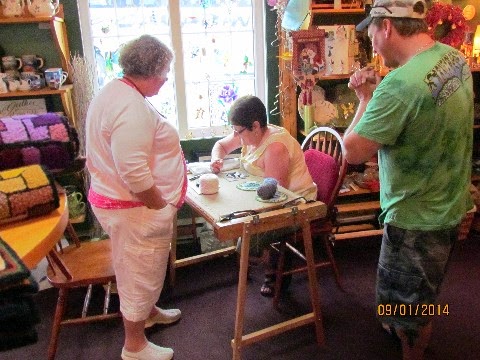 Our first stop was Floras. It had been rumored it was a place for hookers. Everyone was a twitter! Hookers? How about ice cream!! 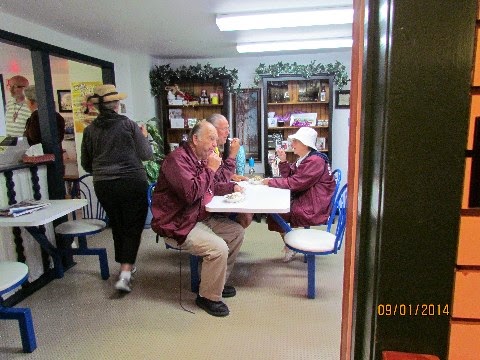 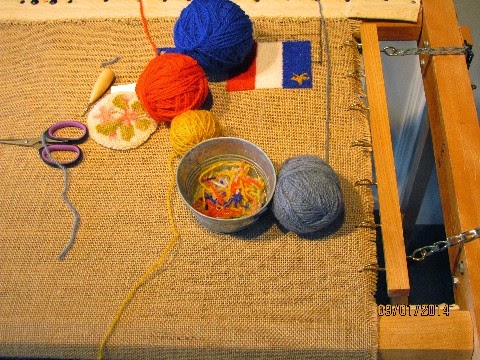 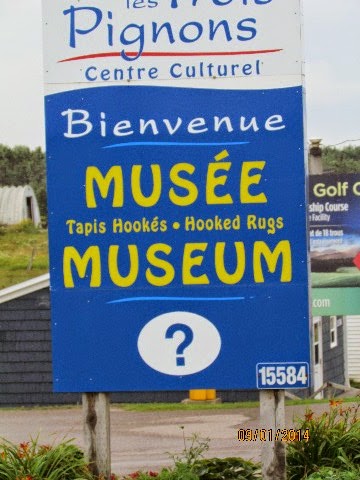 Hooking rugs is a craft that has been perfected in the small Arcadian town of Cheticamp. Our next stop was the Les Trois Pignons, featuring the Elizabeth LeFort Gallery.  Elizabeth La Fort was a world renowned “wool artist” as she crafted her unique rugs. 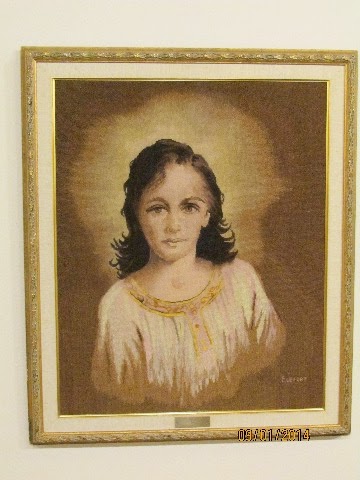 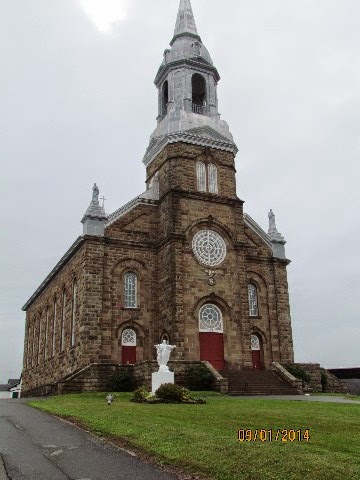 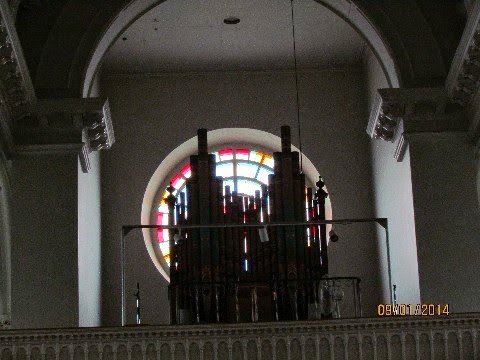 From its location in the town of Chitecamp, the beautiful and impressive size of the L’Eglise St-Pierre Catholic Church is visible for miles around.  The church built in 1893, with its classic Roman style and exquisite interior is considered one of the most beautiful churches of the Maritimes. 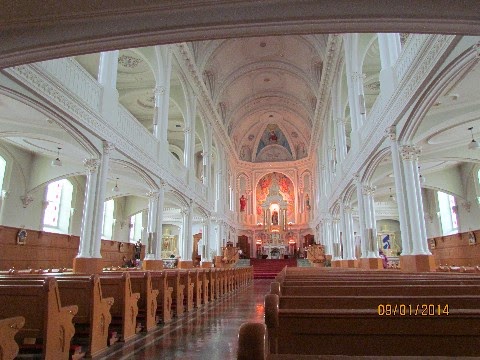 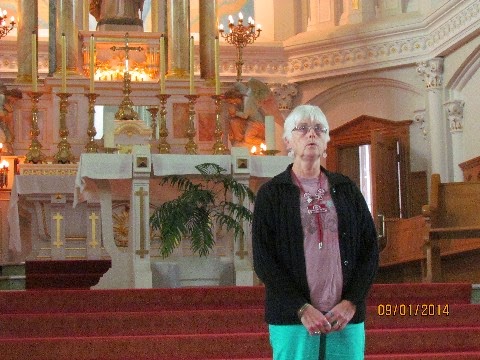 The church sanctuary was also known for its fine acoustics and one of the oldest working church organs in Canada. Shannon led us in singing the Alleluia, not only demonstrating the fine acoustics of the church but also the fine voice of Shannon. 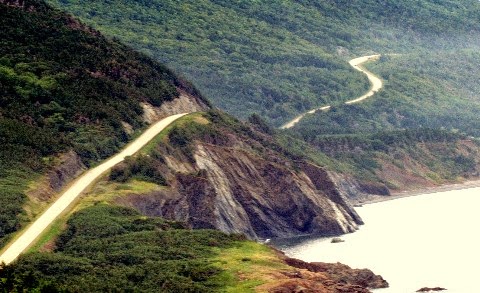 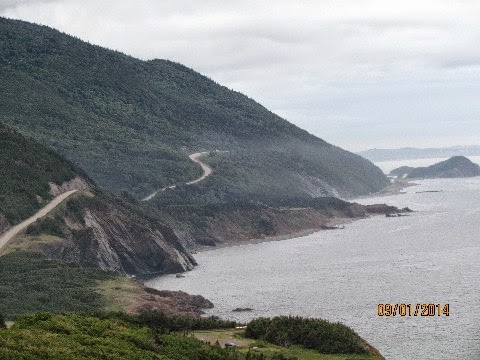 The weather began to improve which allowed us some stops to view the coast line and seascapes in Cape Breton Highlands National Park. One could only imagine the scenes in color!! 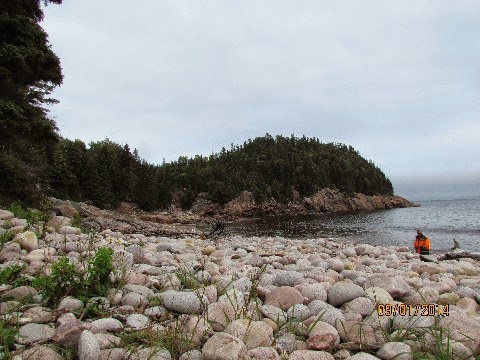 Our next stop lunch at the Rusty Anchor where we were treated to a very tasty meal and many got their first glimpse of a bull moose, even if it was only, a photograph hanging on the wall. 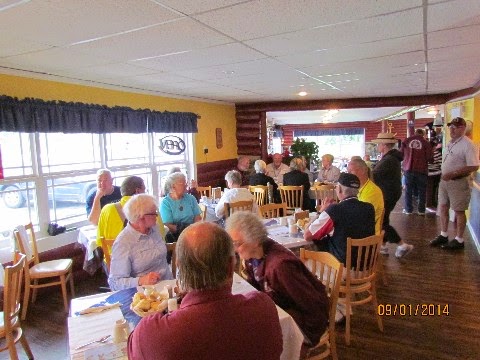 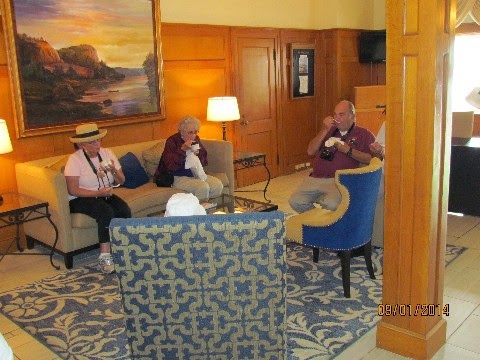 The last stop was at the beautiful Keltic Lodge, where we ended up just as we started in the ice cream shop! 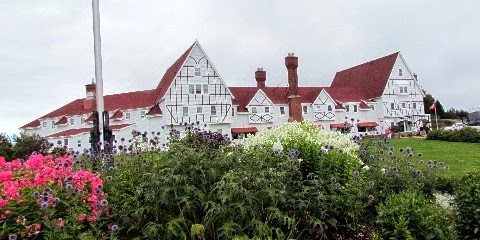 The Cape Breton Trail has much to offer we only caught a glimpse! 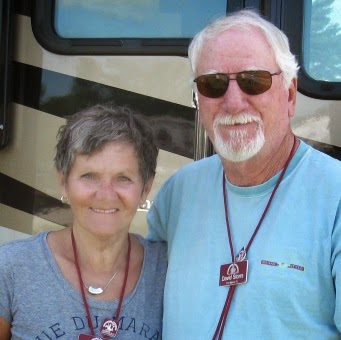